Honeycomb. I think this is a wasp’s nest, but I’m not sure.*

Knowing I was running out of items, Mr. OP got me this as a gift a week or so ago. I thought it felt apropos to pull it out for Valentine’s. 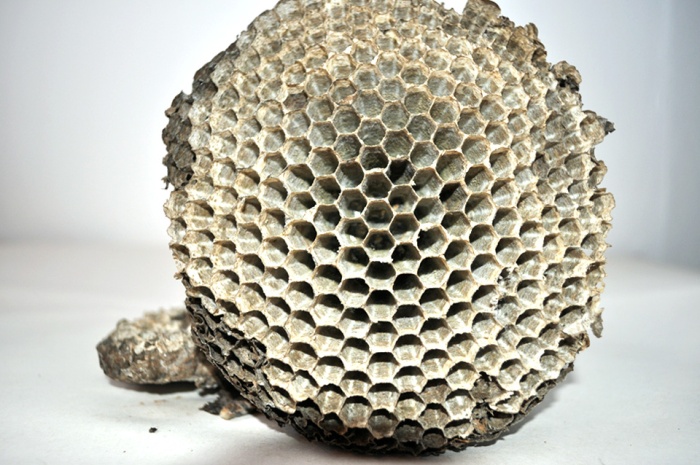 Using the flash allows the inside of the holes to be seen.

WP informs me that “the closed ends of the honeycomb cells are also an example of geometric efficiency, albeit three-dimensional and little-noticed. The ends are trihedral (composed of three planes).” There are two different theories as to why a honeycomb is composed of hexagons. I think it’s because bees are smart. Wasps too for that matter. 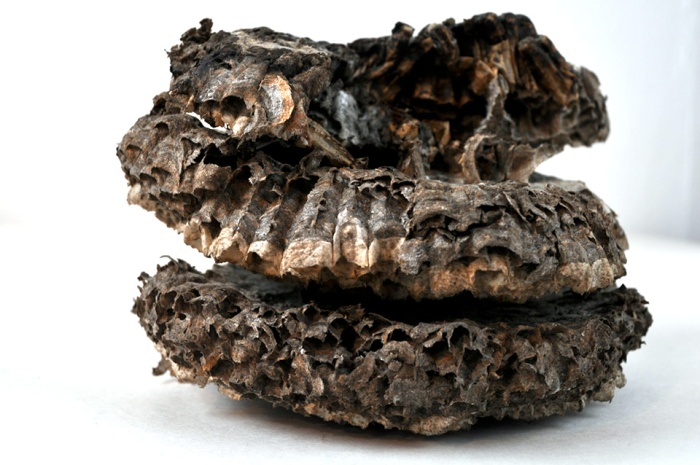 The pedigree of honey
Does not concern the bee;
A clover, any time, to him
Is aristocracy. 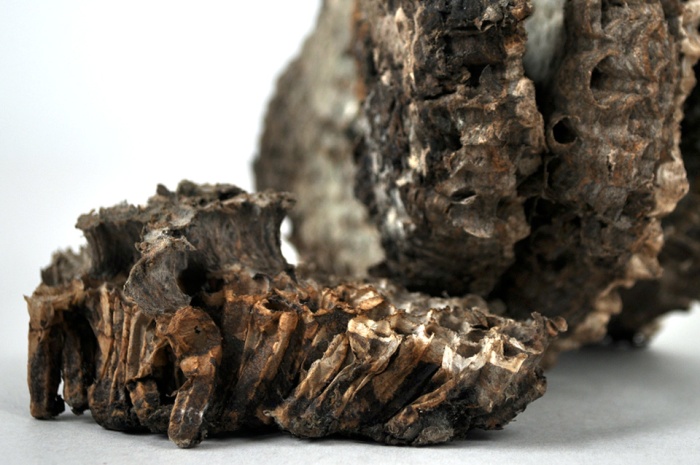 Status: Returned to the earth.

*Not being an apiarist like my hero Sherlock Holmes, I don’t know if this honeycomb is made from wasps or bees. I suspect wasps. But either way, if you care about the collapse of the bee colonies, check out this information about banning neonicotinoid pesticides.