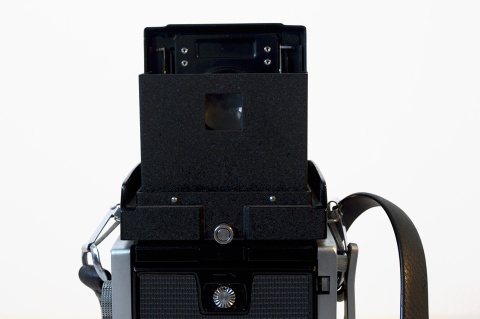 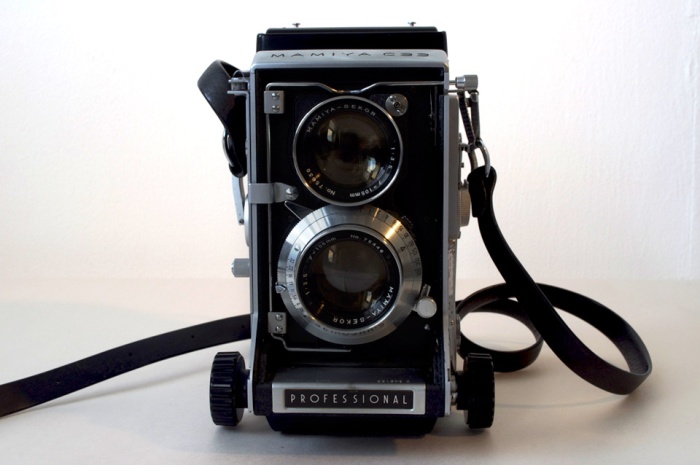 If you read this blog regularly, you will know I am slightly disappointed with myself for not reaching 365 Object Posts (ie: on topic posts about obsolescing things with photographs)  in 365 days, but that due to various things – a freaky ocular migraine, being run down, and a headache that won’t go away, plus some good news (!),  I had to quell my inner tally tyrant and let that goal go.

I will oblige it and eventually do a thorough accounting of posts – as I made some errors – ie: certain Days got the same # due to sloppiness. But WordPress does show that I’ve published 359 posts in 365 days, so in all I’m only short by a few posts. In terms of OP Object Posts, I’m short by ~13 (to be verified).

I started this blog with the goal of 30 posts in 30 days. That blew by in no time. And I then decided to go on until I ran out of objects. With the exception of the purchase of some 8-track cassette tapes and one photographic flash gun,  I did not purchase any “new” things for the blog (promised Mr OP) and I still haven’t run out of things! So the posting goal was switched to 365.

I will get there, just not today.

On another note… one of the reasons I missed out on 4, that’s FOUR, consecutive days of posting….. 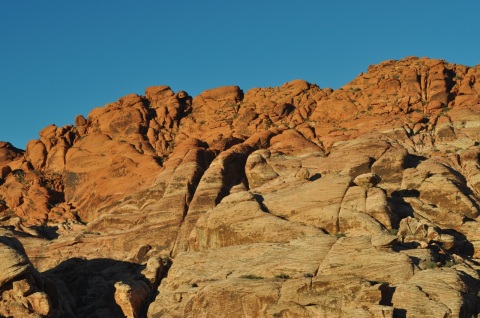 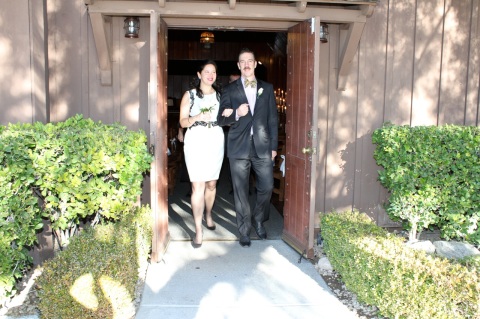 We eloped essentially, although we had 5 days of pre-planning.  I plan to also do another OT post about getting married in Vegas, but I’ve promised myself to keep off the box as much as possible until this eye/headache thing goes away, so I’m keeping it short.

We found a sweet little chapel and had 2 friends as witnesses, who didn’t know we were getting married. We arrived on Saturday night at 11pm and surprised them with the news.

We drove out (in a limo!) to Red Rock Valley after the ceremony. Stunning. 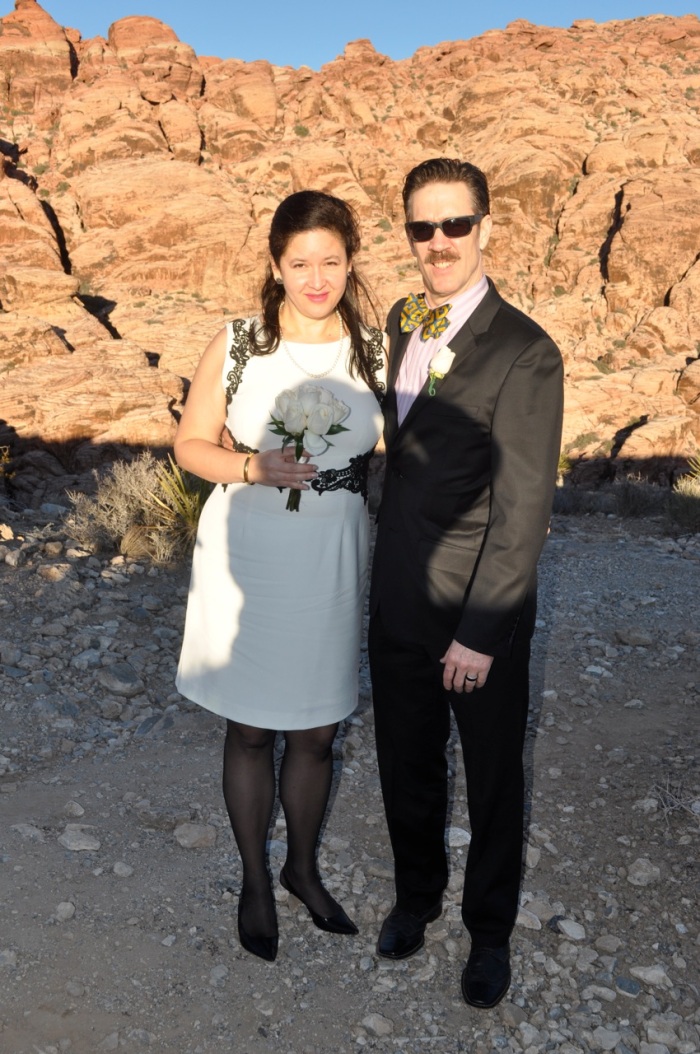 Mr. OP and I have lived together for over 10 years, so it’s not like it’s that new, and yet in fact, it’s very special, and different to be married.

p.s. I have really super curly hair, but straightened it for the occasion. It being the desert, the effect lasted longer than the usual 20 minutes! (I live in the “rainforest” aka Vancouver – so make that 10 minutes).