Leonardo da Vinci built the first crude hygrometer in the 1400s.
I thought this was a barometer, and luckily my readers alerted me to both its non-barometerness and its true name. Check out John’s photographs here, and Olive’s blog here. I still love the quote below though, so I leave it intact.

“Many have said that a vacuum does not exist, others that it does exist in spite of the repugnance of nature and with difficulty; I know of no one who has said that it exists without difficulty and without a resistance from nature.” — Evangelista Torricelli, Italian physicist and mathematician, largely credited with the invention of the barometer in 1643. 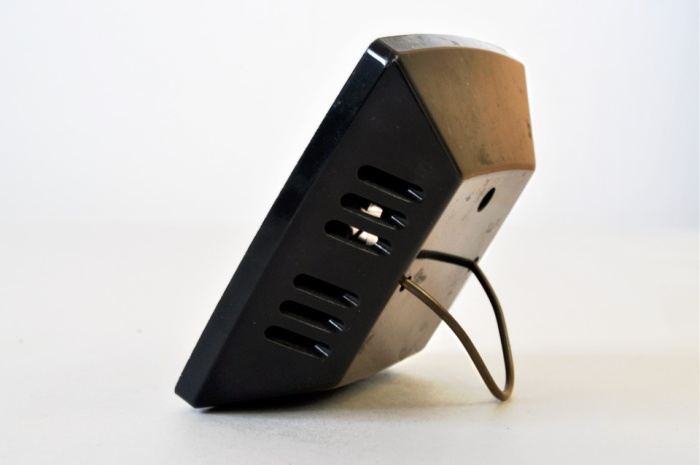 Status: Perform Tests Over 30 Days to Measure Accuracy and Plot on Graph in Blue With Red Representing The Weather Network, and Green the Moving Average Between Them.

Alt-title: Untitled Object No. 284 For Measuring The Pressure of Guilt