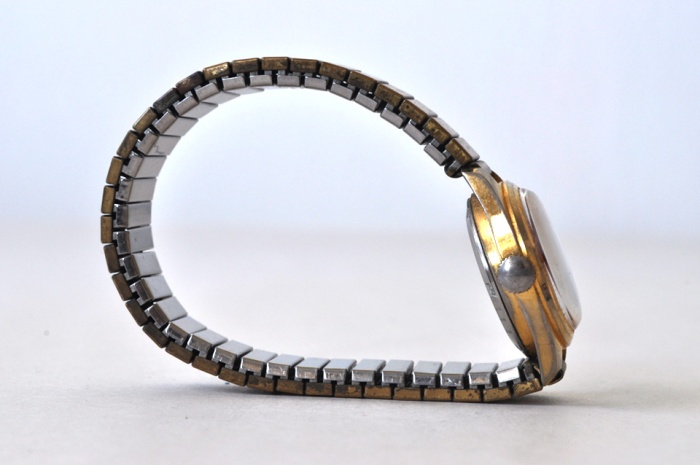 This was a gift from a much beloved Aunt who has passed on. It’s not that I even remember her wearing it when I was a kid, it’s just the gesture of the gift that makes me keep it. Although I had forgotten about it, until unearthing the old makeup bag in the back of the closet which harbours all kinds of obscure things.

It doesn’t work, but the winding mechanism still makes that fantastic, satisfying noise. 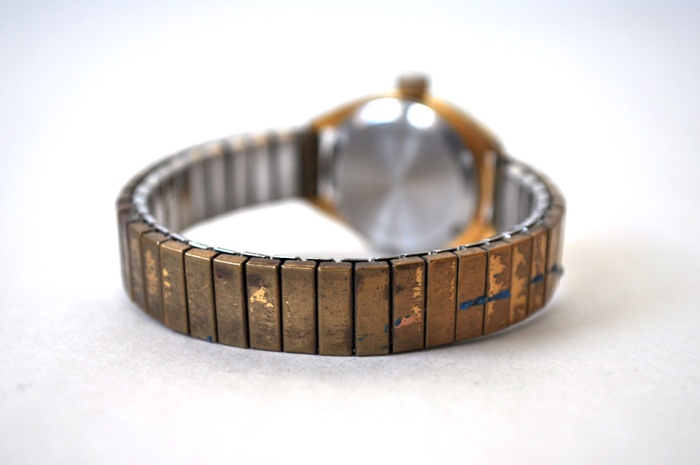 The blue is a bit of rubber band that got stuck to the watch.

Alt-title: Untitled Object No. 250 For Winding Down From An Annoying Day.

It’s a long weekend here – Monday is Thanksgiving (Canadian). I look forward to catching up on my to-do list or perhaps lounging around in slippers all weekend. Either way I am grateful to have let go of so much stuff, and to truly appreciate the stuff I still cling to – even if it is obsolete.

The customary shout out to Richard, and  John, for inspiring the Alt-Title Untitledpost stuff, and to Ben for the jokes format.

Posted on October 5, 2012 by Deanne in Jewellery