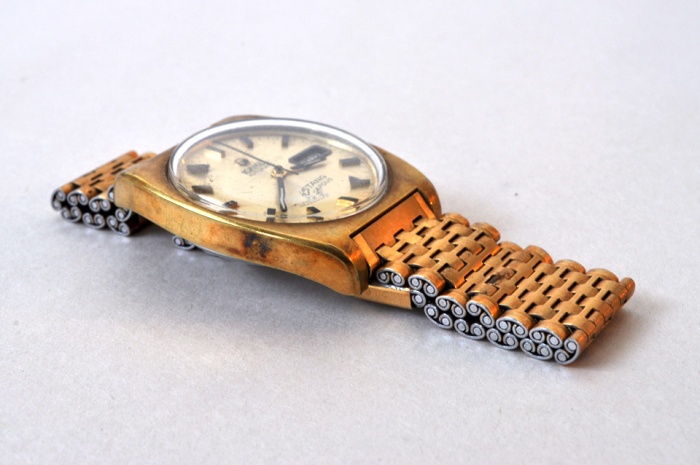 It has several  Swiss Patent numbers written on the back. They are for an improved waterproof case design.

The clasp is broken. And it needs internal repair. I don’t know if it’s battery operated or not. 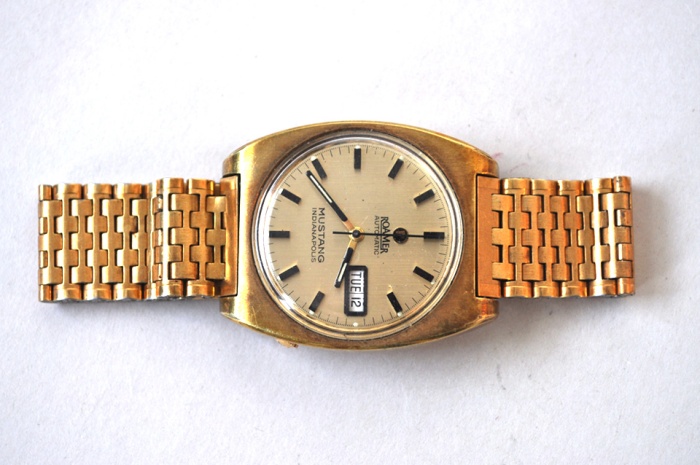 There seems to be some controversy over who invented the watch. “Peter Henlein (or Henle or Hele) is erroneously credited with inventing the mainspring around 1511” (A non-encyclopediac entry in wikipedia). What I want to know is who invented time? 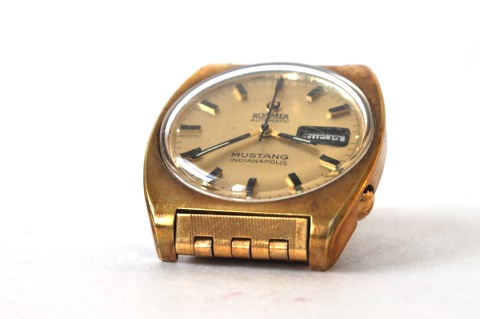 Roamer watches has a fine collection of vintage mustangs.

Alt-title: Untitled Object No. 243 For Boosting Your Pheromones

I lay awake last night thinking about writing a post for this Alt-title stuff. That’s as far as I got.

Until then, thanks to  Richard, and  John, for inspiring the Alt-Title Untitled post delirium, and to Ben for the jokes format.