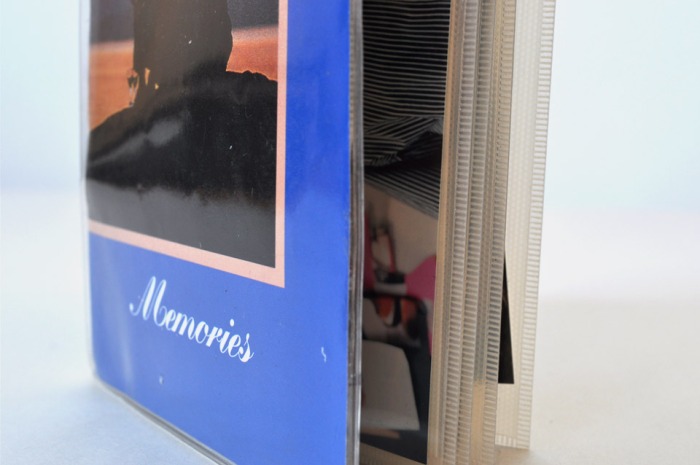 This is the type of album you would get for free if you ordered duplicates when you had film processed. It’s cheap and looks it, and the plastic is the type that will gradually yellow and stain the images over time. But there is a certain beauty to the bluntness of this type of book. I feel like it was made for grandmothers or new moms to easily carry in their clutch purses and show off babies or grandkids.

This one contains mainly snapshots and I’m not sure why it’s still hanging around.

Alt-title: Untitled Object No. 228 For Remembering Things Past.

As usual Untitled Alt Titles were originally inspired by John’s blog (read original title post ) and Richard’s posts at The Future is Papier Mache. “Joke” Alt-title format inspired by Ben‘s joke format at the end of his posts.

Posted on September 12, 2012 by Deanne in Books, Photography