I’ve had this for a long time. I used to wear it a lot.

Then one day it stopped having that old special feeling. But I am so attached to the sense of joy I used to get wearing it that I have never thrown it away. So its presence is entirely symbolic. It’s only glass, not some precious or semi-precious stone. I bought it in one of those alternative/esoteric  shops (with incense and books on the tarot) and if I remember correctly it had something to do with luck.

It’s hard to toss out luck. But it must be done. 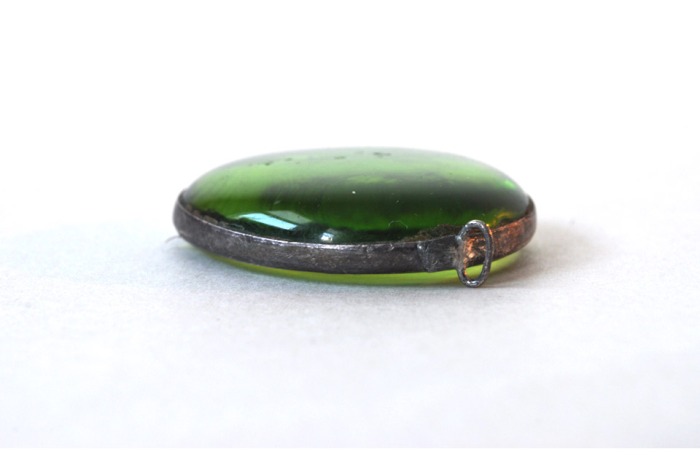 Status: Donate. Aargh. Even as I type this, I can think it might be neat to shoot some images through that green glass. Sucker.

Alt-title: Untitled Object No. 226 For Seeing The World With an Eco Consciousness.

Yesterday I enjoyed an entire day offline. It was a Sunday. I hiked in the woods and ate salmon on the beach. Today that mini-holiday from the offline world added up to a bit of catching up, not too much, but a bit. Which of course, further delays this explanatory post I now feel must been done – about Alt-Titles, and because MJ asked, I will throw in the Kill-ratio too.

Until the moment for that inspired post comes (next weekend at this rate), the usual nod of appreciation to  Richard, and  John, for inspiring the Alt-Title Untitledpost delirium, and to Ben for the jokes format. I hope there’s someone out there who knows html and appreciates the extra element of the “joke” (no pun intended

Posted on September 10, 2012 by Deanne in Jewellery