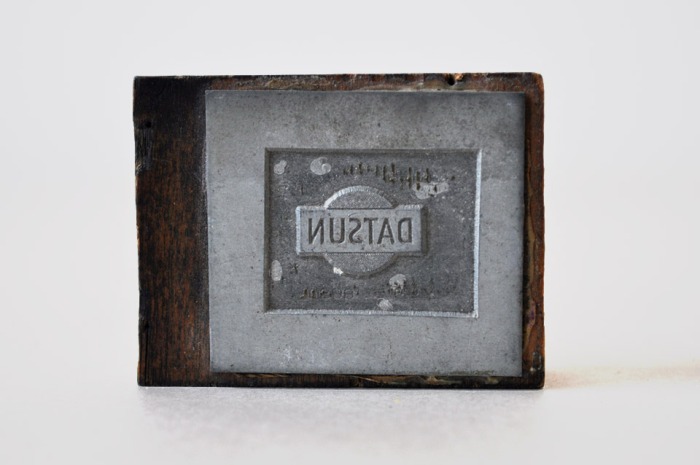 Datsun “Rubber” Stamp. Only it’s not rubber. I don’t know what they call it in the stamping world.

I knew nothing about Datsun’s. Other than they evoke the type of American car you see in old movies. Nissan is reviving the Datsun brand, which began in 1931. Here are two sites full of arcane history – DatsunHistory and RatDat, the latter has heaps of vintage ads on its site. The original brand was Datson, to distinguish the car from the existing larger size car the Dat. It was changed in 1933 when Nissan took over the company, as “son” means loss in Japanese. As well, sun honours the sun of the national flag. All this is available almost verbatim at Wikipedia, but I wanted you to stay here to read these sweet facts. 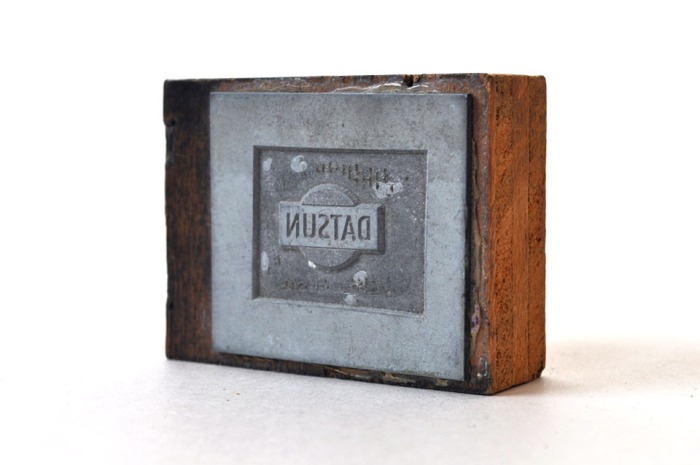 Ending off the week with another small square object. What will Monday bring?

A quick and lazy day. Not quite, it was part of a large shoot yesterday, but I’m not going back to reshoot today so needs must…

Alt-title: Untitled Stamp No. 168 for a Discontinued Model 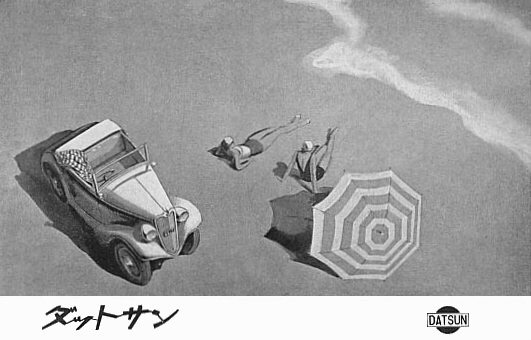 I want to be lounging by the sea like this.  Postcard http://www.datsun.org/fairlady/Oct2001.htm

As per usual, a shout-out thanks to Richard, and to John, for inspiring the Alt-Title Untitled post twaddle, and to Ben for the jokes format.