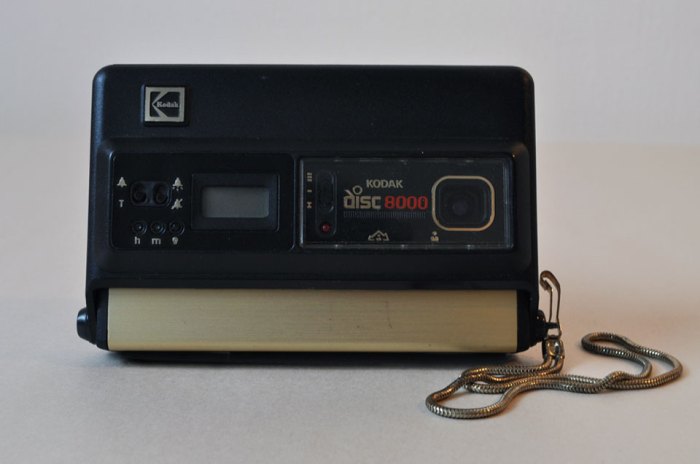 I thought I had a few cameras in my collection. This chap James, has me beat. He also has the 8000 and from him I learned the original street price was $150 in the 80s. There are 5 for sale on ebay for an average of $11 each. So my 4 bucks was an investment.

What attracted my attention was the gold. Apparently this was a deluxe model of this series. And then this “disc” thing. The film type was an HR disc. It looks a bit like a cross between a rotary phone an a view master. 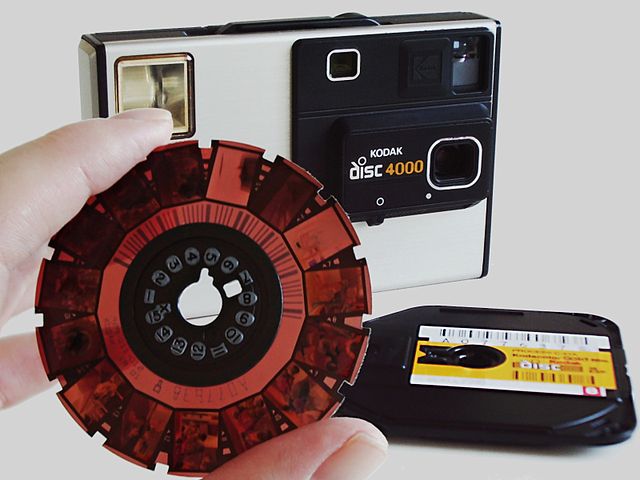 Wikipedia image of the 4000 Disc film

“Disc film did not prove hugely successful” [Wikipedia] . There are still labs that can process this film, but no manufacturers of it. So this camera is truly obsolete.

Status: Revere for its folly.

Posted on March 4, 2012 by Deanne in Photography