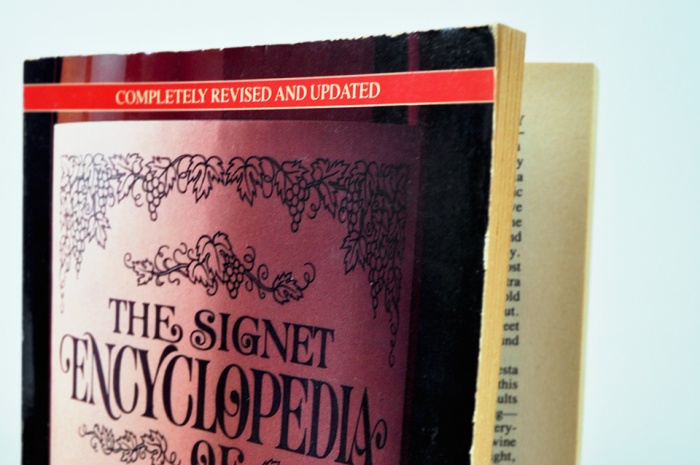 I was  most delighted to receive some French wine and champagne (the real stuff) from the gals in my book club last night, as a present for my recent nuptials. I did not expect any gifts (we eloped), and so it was super lovely. Not too surprisingly, neither the bottle of Chablis nor the Plan de Dieu red are featured in this book. Even though it’s completely revised and updated!  Mr. OP picked this up at a garage sale, and now that we’re hitched what’s his is mine:) I’ll have a gander and see if any recos leaps out that are still available ~25 years on. I wonder if an old review  for a 1982 wine would parallel a 2012 one?

One bottle we received (actually two, from book club and another from a dear friend) – Veuve Cliquot Ponsardin Brut, is included in this book. Here is some of the blurb:

“Named for the stalwart and formidable Widow Clicquot – one of France’s greatest Champagnes. When François Cliquot died tragically in 1805 at the age of 30, his 27 year old widow took over the business and proceed to rule over the house of Ponsardin for 25 years, bringing it both fame and fortune. It was the Veuve (Widow) Clicquot who discovered the process of rémuage, that very important procedure in the life of a bottle of Champagne, whereby the sediment is removed, leaving a clear and limpid liquid”. 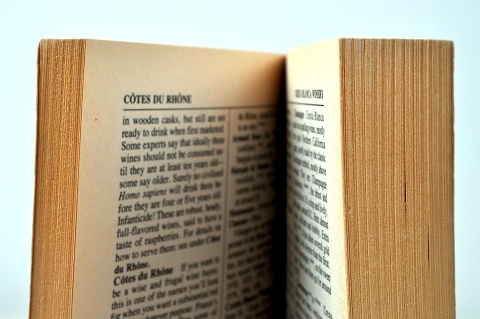 Status: Find and then paint (or re-photograph) a portrait of the formidable Widow Clicquot. It says she could frighten little boys!

Alt-title: Untitled Object No. 352 For Politely Pontificating on Past Glories Over a Glass of Pontet-Canet.

p.s. Thanks for all the sweet comments on yesterday’s post. Cheers!

p.p.s. In book club, we read “February” by Lisa Moore (Canadian author). It’s a great book, although due to wedding convo, we didn’t get much of a chance to chat about book.  She doesn’t seem to have a website (!) Here’s a link on quill and quire.