Pyrite – Fool’s Gold. “The mineral pyrite, or iron pyrite, is an iron sulfide with the formula FeS2.”

Wikipedia goes on to say the hopeful “Despite being nicknamed fool’s gold, pyrite is sometimes found in association with small quantities of gold.”

Another more esoteric source claims pyrite is good for creativity and memory. I could use a bit of both, so have a new found appreciation for this rock. 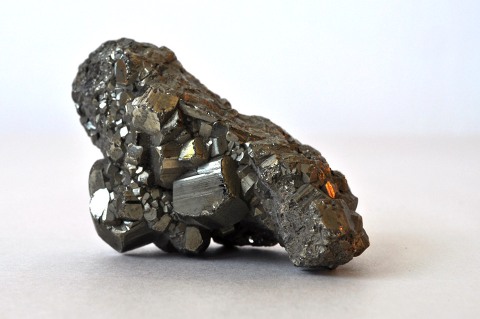 I did my best, it wasn’t much
I couldn’t feel, so I tried to touch
I’ve told the truth, I didn’t come to fool you
And even though
It all went wrong
I’ll stand before the Lord of Song
With nothing on my tongue but Hallelujah

– Hallelujah, Leonard Cohen – bit of an optimist and a playful fool himself me thinks.